I travelled to Germany recently to run a Hex clinic with the Potsdam team, and to have a meeting with the US Embassy in Berlin about potential 10 Million Discs projects in Berlin and nationally. 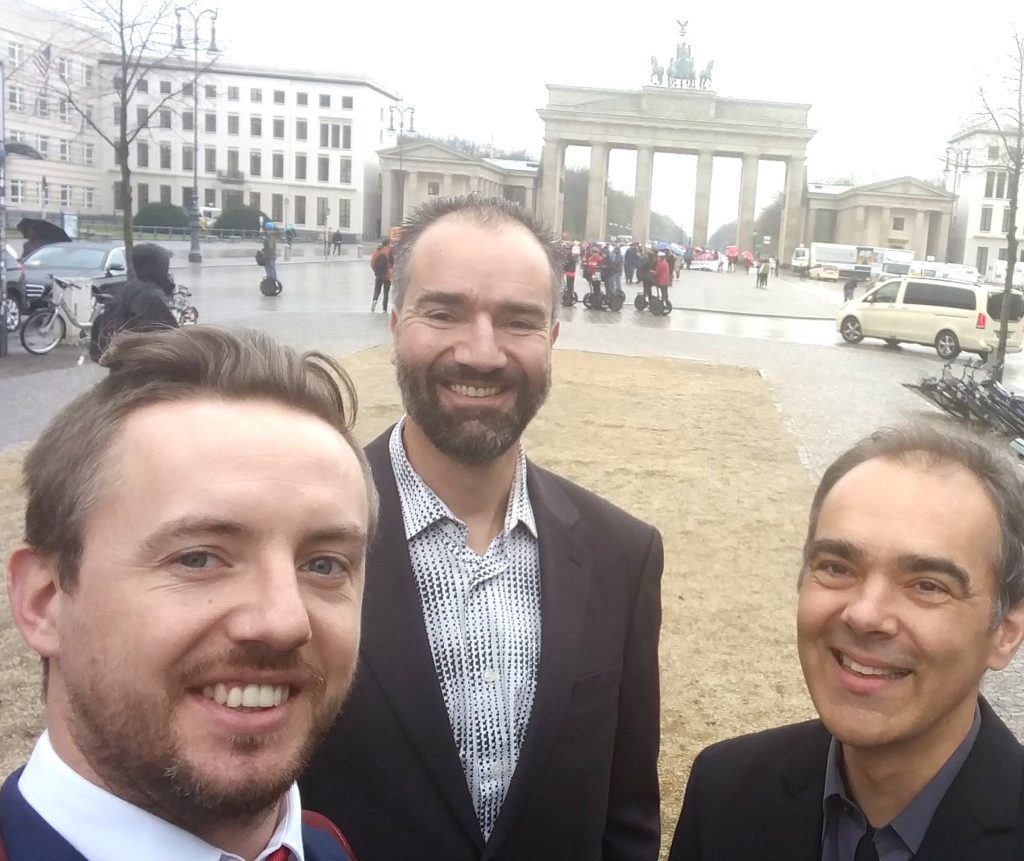 The 10MD meeting on Friday morning went well, with the embassy being very receptive to the core principles which are naturally taught by ultimate; gender equality, peaceful conflict resolution, personal accountability under pressure, and mutual respect. We (Markus Kunert, Christoph Dehnhardt and myself) are looking at proposing a project which will engage a number of schools with high immigrant populations in areas with new citizens to help integrate them into the community, and work with groups with disabilities. 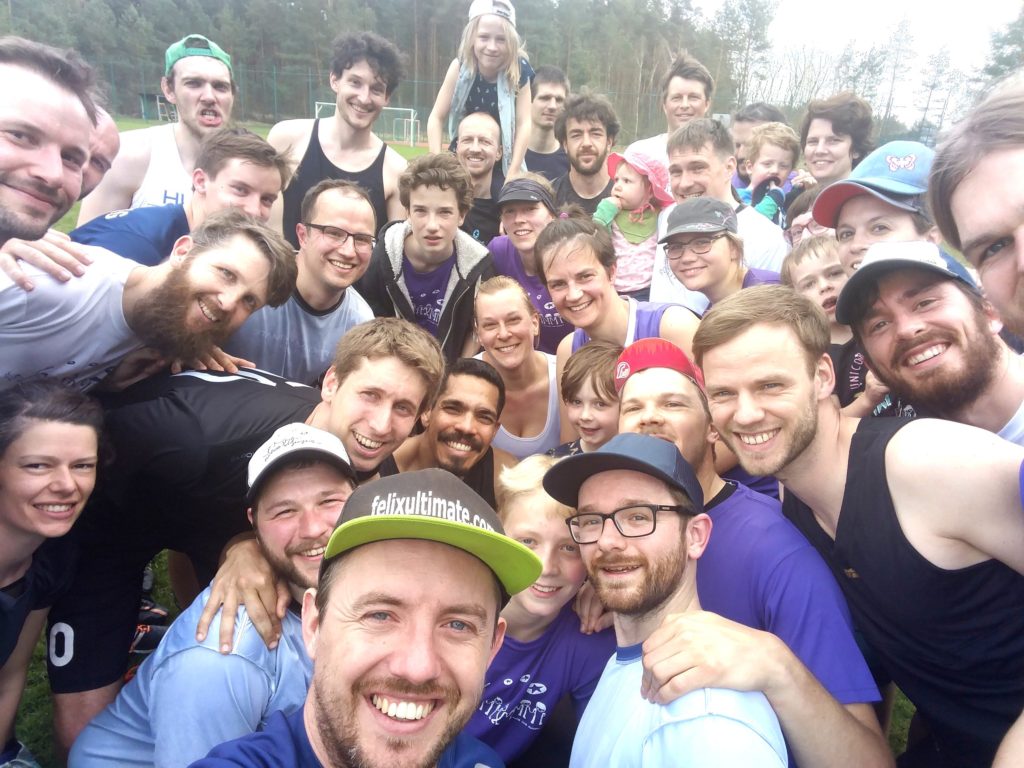 On Friday afternoon through to Sunday I was at a sports complex in a small place called Lindow, north of Berlin, training the team from Potsdam who are called Goldfingers – and a number of other representatives from other clubs nearby. Kim from Goldfingers arranged the trip – he had seen Hex online in 2016 and introduced it to Goldfingers, who had been playing it for the last two years, unbeknownst to me! It was really interesting to talk to them, see them play, and run a couple of seminars and a few practical sessions with them. They hadn’t implemented Flex defence yet, so it was fun to introduce to a team who understand the ‘hex philosophy’. It was exciting to explain to them the train of thought that led to coming up with Hex, knowing that it was what they had been playing it for the last couple of years. 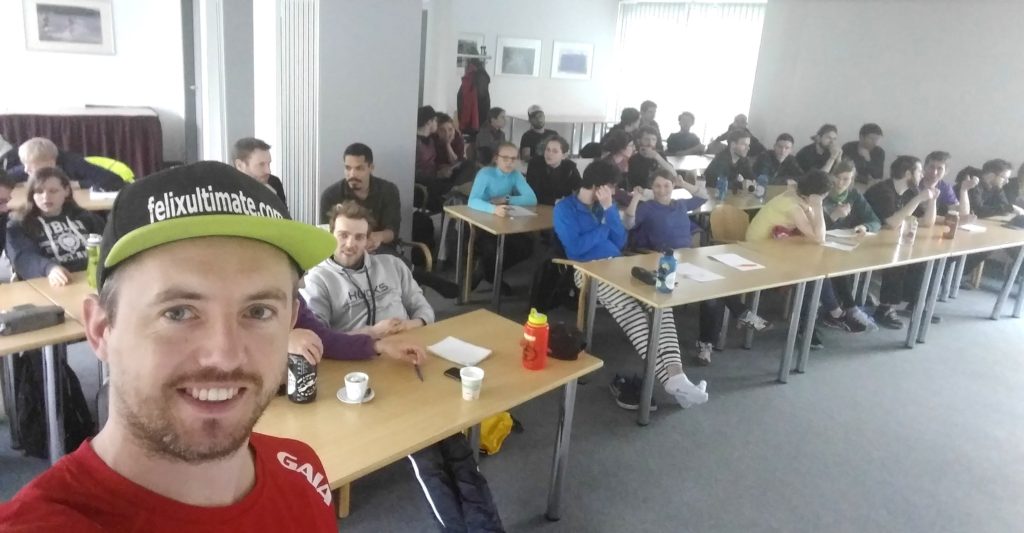 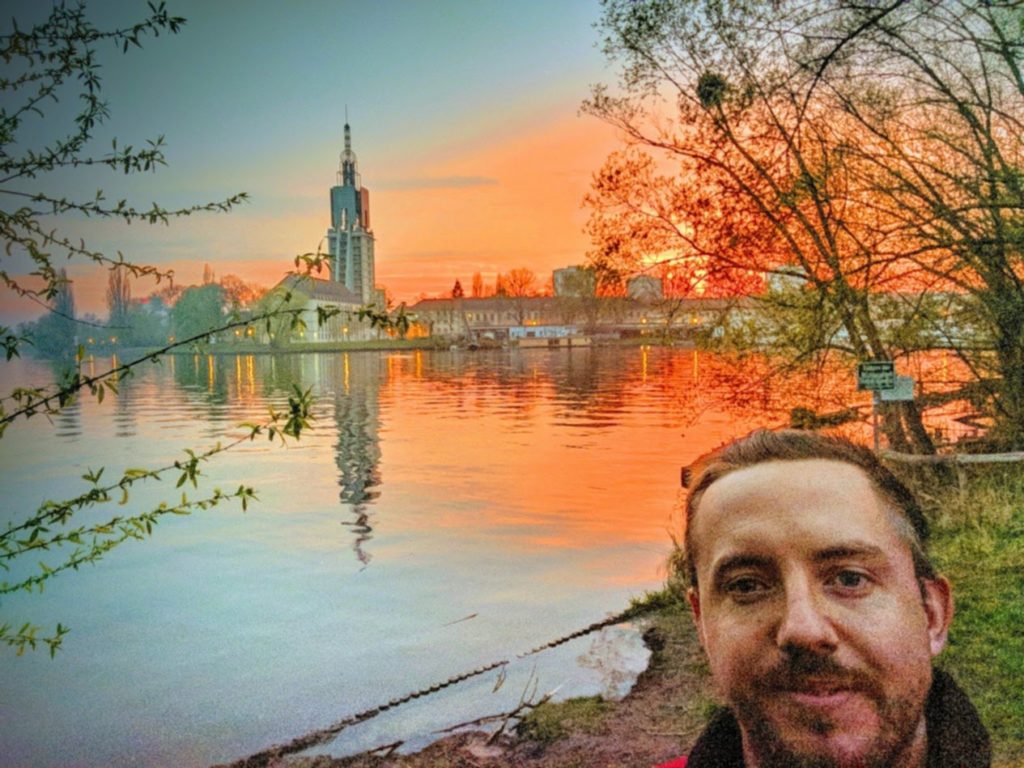 Watching the Goldfingers play ultimate, I noticed they played in a fluid style and were good at sustaining flow, although it may appear chaotic to the untrained eye – to me this immediately looked like an experienced hex team. Chatting to them in the classroom session, I said that they already ‘got’ how to play basic hex, and if they just carried on what they were doing and staying open minded to learn from the offence, they would continue developing organically. They could relate to a lot of the ‘hex philosophy’ I often have to explain from scratch to other teams, and they appreciated how I presented the ideas clearly, and the perspective I offered helped everything in their understanding to fall into place.

Training Flex went well, through the classroom and practical session, everyone was very attentive and implemented the concepts very well, with some new additions to the drills I’ve designed to train Flex coming from the players. 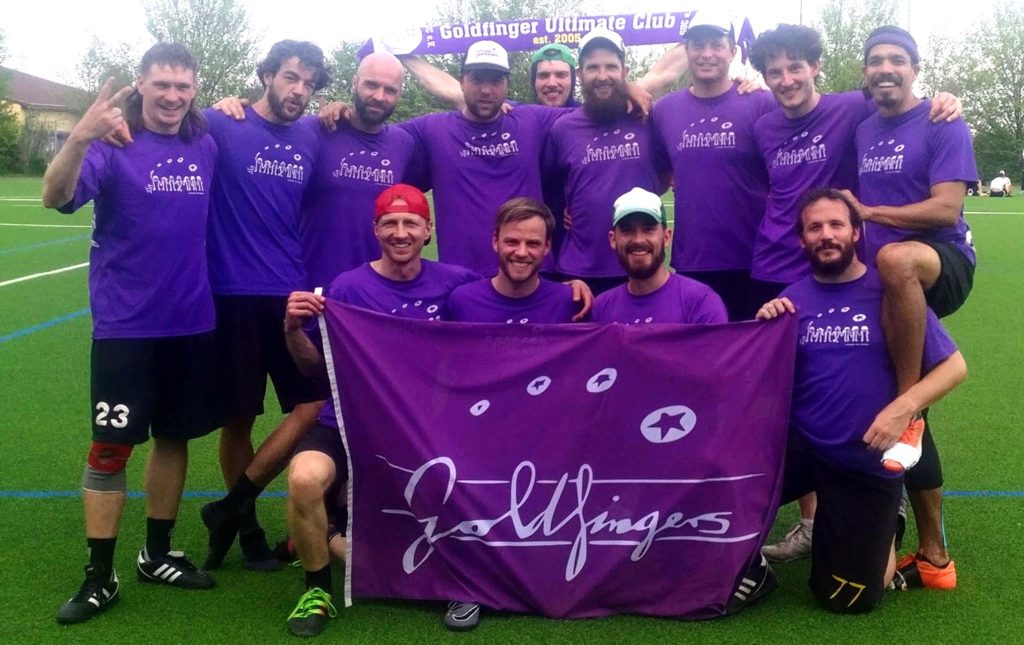 The Goldfingers Masters team had a practice match at the end of Saturday & asked me to be their coach on the sideline (I’m injured at the moment). A couple of times their Flex sandwiches got torn apart (as expected for a new defence), but when they started playing it more zoney-style it was more familiar to them as it is like a junk defence they play, and they shut down the opposing team convincingly.

Two weekends after my visit, the Goldfingers Masters team played German Masters Nationals and finished 2nd! Seeded 4th, this was a very good result for them, and convincing too – 15:4, 15:6, 15:14, 15:6. José, who hosted me in Potsdam, confirmed they played hex for the entire weekend and “were congratulated openly by at least one team, and in private by a few others for our use of the hex.”

I finished off my trip cycling around Potsdam seeing some fine palaces and different areas of the city. It’s a really picturesque place with many fine views and impressive places to see, so I had an amazing day. Check out all the photos I took from the clinic and from Potsdam in my Potsdam April 2018 Google photos album. 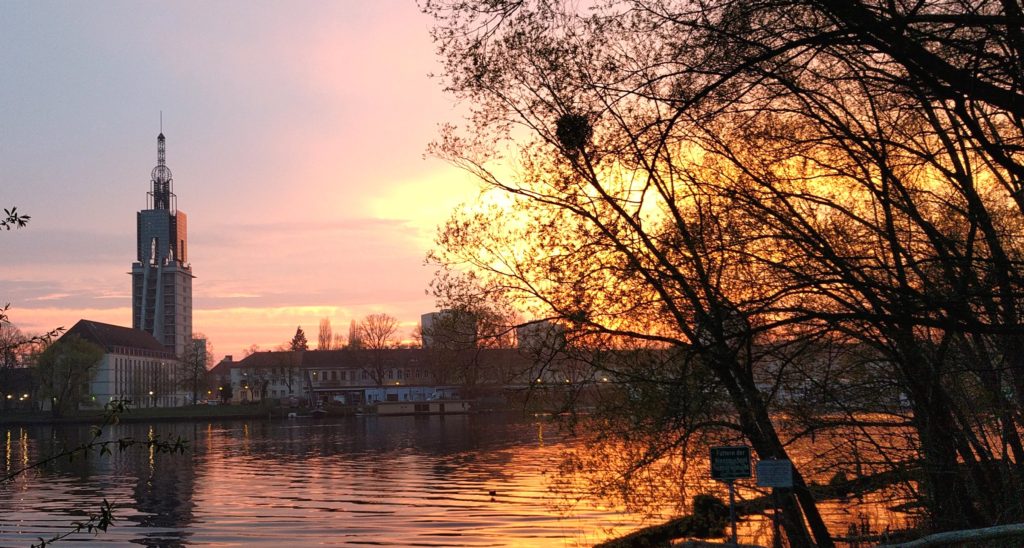